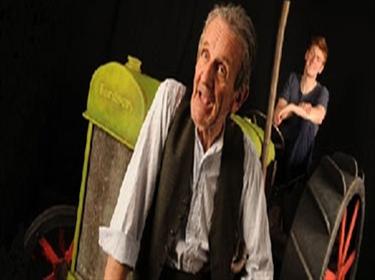 Following critically-acclaimed runs at both the 2010 Edinburgh Festival Fringe and the 2011 Brits off Broadway in New York, plus a hugely successful UK tour, this magical tale has been brought to life by critically-acclaimed New Perspectives Theatre Company in a co-production with Scamp Theatre. A delightful show combining drama, storytelling and original music adapted from the book by award-winning former Children's Laureate Michael Morpurgo
Target audience age: Children aged 7+ and their families
Running time: 65 minutes (no interval)