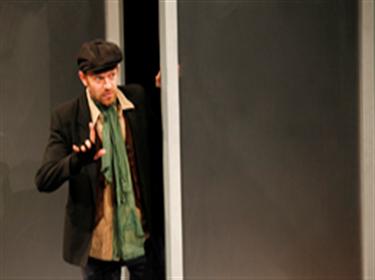 The Boss of it All

Probably the best Danish office comedy in the world...

A sharp and stylish new comedy about faked identities and explosive office politics.
The boss of an IT company is secretly selling up. To save face, he hires Kristoffer, an actor, to take the blame. Thrown in at the deep end, he soon gets more than he bargained for... In an office of misfit staff, he faces a bizarre dilemma: to sell off the company or try to save his new-found friends.
A critically acclaimed, smart and fast-paced comedy, adapted from Lars Von Trier's cult classic film.