The Man Without A Past 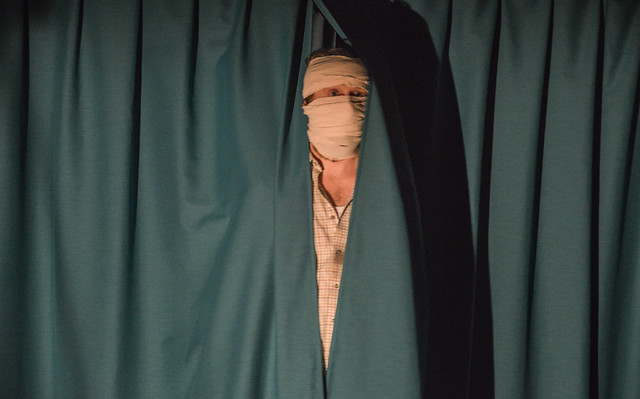 "A simple story told beautifully...the characters live with you long after the lights come up" Exeunt Magazine
One minute you know who you are. The next minute your mind's a blank slate...
The lives of an eclectic community living in abandoned shipping containers are thrown upside down when a mysterious man arrives. With no memory of this name or former life, they begin to help him to find his feet. Whilst a daily serving of soup from a local charity worker begins to nourish his heart and soul, the rediscovery of his past could place the lure of his new life in jeopardy. Featuring a soundtrack from songs of praise to sultry jazz, this part-melancholic love story, part-deliciously deadpan comedy takes you on one man's extraordinary journey from anonymity to unexpected salvation. Following on from the success of Lars Von Trier's The Boss of it All (Terrific! The Guardian), Jack McNamara cleverly adapts this Cannes Grand Prix award-winning film comedy by one of Finland's greatest modern storytellers.
"Kaurismaki's mixture of absurdity and altruism feels even more nourishing in these troubled times."
Ryan Gilbey, New Statesman
Target audience age: Audiences aged 12yrs and above
Running time: approx 90 mins without interval. When with interval:
Interval length: 20 mins