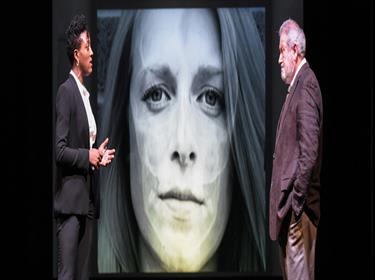 Video Designer : Will Simpson
Darkness, Darkness displays award-winning novelist John Harvey's 'great gifts for sharp but compassionate characterisation' (The Telegraph). Poignant and compelling his stage adaptation, directed by Jack McNamara, is equally as tense and makes for a perfect contemporary crime drama for fans of the genre.

Resnick is on the verge of retirement when DI Catherine Njoroge convinces him to take on one more case following the discovery of the body of Jenny Hardwick, a young woman who disappeared during the bitterly-fought miners' strike 30 years earlier. As Resnick and Njoroge's investigation unfolds, old wounds sustained on the picket lines are re-opened and memories of broken relationships resurface. Resnick, too, must confront the ghosts of his past and guilt for his own role in policing the strike. 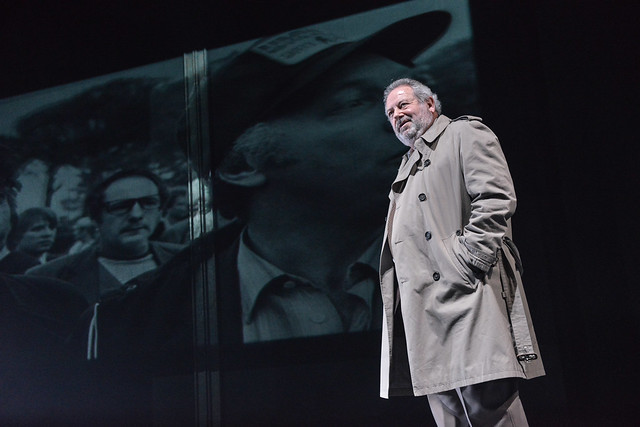 'Working with New Perspectives was an education and an experience for which I will always be grateful'. John Harvey
DARKNESS DARKNESS premiered at Nottingham Playhouse with performances from Friday 30 September - Saturday 15 October 2016.