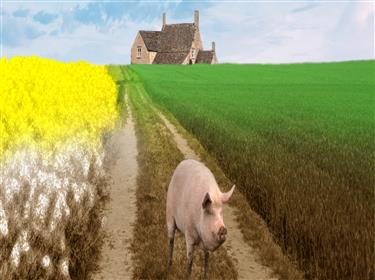 "A timely revival...it really packs a punch" The Stage 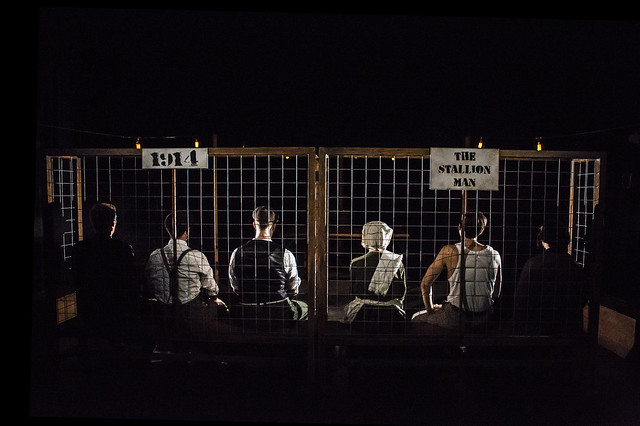 By 1914 all 82 acres of Kilham Wold Farm near Driffield, East Yorkshire, had been in Harrison hands for 30 years, taken from a local landowner after unwittingly winning a wager. With war now raging around them, brothers William and Albert have to face their heritage and tirelessly fight for their family's survival against a rapidly changing world.

From the writer of the international hit One Man, Two Guvnors, Harvest was first performed at the Royal Court in September 2005. For the first time a 6-strong ensemble present this sweeping rural saga, an epic story spanning the 20th century. This darkly entertaining comedy tells the story of one rural family's survival in a changing agricultural landscape, over generations of births, deaths, love and a lifetime of farming.

The cast on location at Redfield House Farm: photography by Julian Hughes 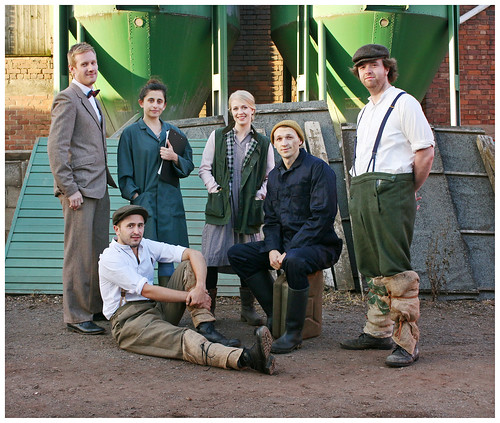