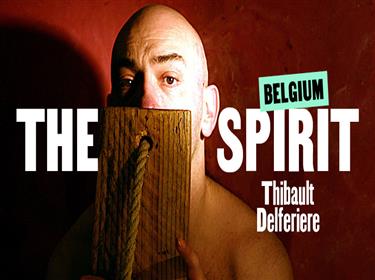 "An evocoative performance piece" The Stage
"Captivating to watch" The Play's The Thing UK
"An enthralling performer. creating chaos and beauty" Disability Arts Online
The Spirit marked a second-time collaboration between New Perspectives and one of Europe's most distinctive disabled performance artists, Thibault Delferiere, with a series of three world premiere performances at Battersea Arts Centre, London from Thursday 27 May - Saturday 14 March 2020, as part of the Going Global season.
Controlled physicality and masterful command are hallmarks of this new performance series, set to live improvisation for solo instrument, which promises to be the artist's most ambitious piece to date; a trilogy exploring how philosophical ideas of how the human spirit can develop from servitude to freedom. 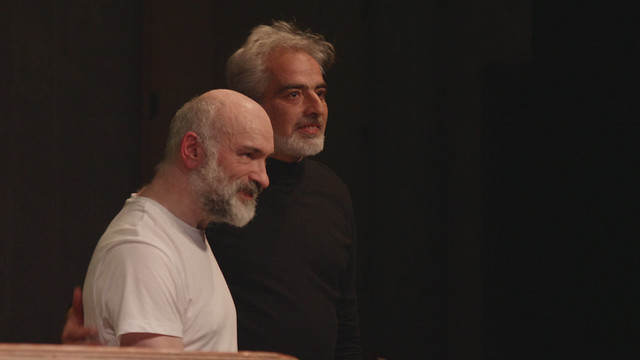 Part One - The Camel: A playful, meditative work about living a life of servitude and duty and how we break free of our constraints. Delferiere manipulates objects trying to achieve harmony and balance against the endless pull of chaos. His actions are accompanied by guitarist Giuseppe Lomeo.
Part Two - The Lion: Delferiere at his most primal and fierce. Having rejected servitude, he finds himself enraged and seeking a way out of his prison. Taunted by bait and desperately building his strength, Delferiere fights for freedom against the fragmented beats from drummer Steve Noble.
Part Three - The Child (contains adult themes and nudity): Intoxicated by his freedom, Delferiere emerges in a state of joyous, hype
Over the past 20 years Thibault Delferiere has presented over seventy performances and collaborations worldwide. Following the 2017 premiere of Sisyphus at Nottingham's Surface Gallery, this New Perspectives collaboration went on to win the Mess Award at the Birmingham's Be Festival in 2018.
"I was blown away by The Spirit
I confess the word 'genius' popped into my head a few times"
Tarek Iskander, Battersea Arts Centre

National rural tour Autumn 2020
THE WOLF, THE DUCK & THE MOUSE
Mac Barnett and Jon Klassen's hilarious and surreal story for 3 - 7yrs and families
A New Perspectives and Unicorn co-production, available for Christmas 2020/Spring 2021