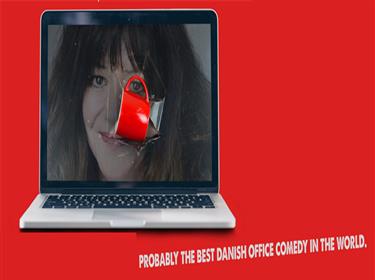 The Boss Of It All

A New Perspectives and Soho Theatre co-production
in association with Derby QUAD
presented by arrangement with Nordiska ApS, Copenhagen

"A surreal, live-streamed farce...apt for our times" The Stage

"This is one play you won't want to leave on mute" Everything Theatre
"Thoroughly entertaining" The Guardian
For years the boss has tricked his staff into believing he is simply another co-worker. So when he needs a 'real' boss to help close the deal of a lifetime, he hires an actor to play the role. What could possibly go wrong?
New Perspectives' smash hit adaptation of Lars Von Trier's cult film is given a full digital makeover, in an outrageous comedy led by Josie Lawrence and Ross Armstrong, joined by a host of acclaimed actors and comedians. 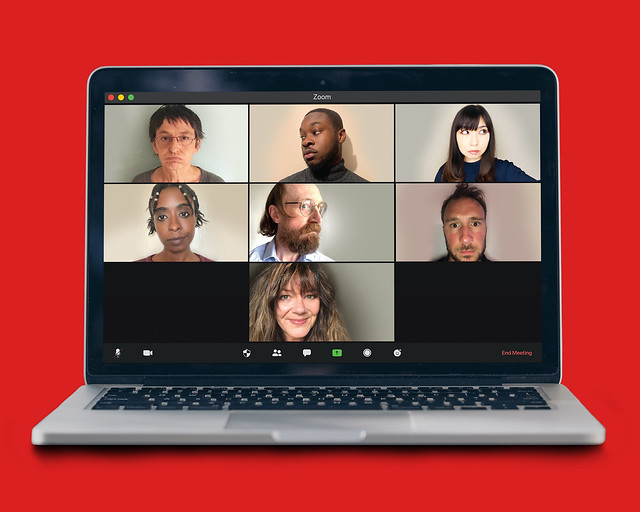 The Boss of It All featured special guest appearances from:
Le Gateau Chocolat (Fri 18 Sept at 8pm)
Anavab Pal (Sat 19 Sept at 4pm)
Neil Hamburger (Sat 19 Sept at 8pm)
Gemma Whelan and Gerry Howell (Sun 20 Sept at 4pm)
Natalie Palamides (Sun 20 at 8pm)
For 5 live performances audiences switched on and zoomed into the cut-throat world of work-from-home politics in a play that asks if leadership is ever any more than a performance.
Performances were live-streamed from Friday 18 - Sunday 20 September 2020.
The production includes the occasional use of bad language.
Target audience age: 14yrs+
Running time: approx 50 mins
Interval length: no interval mins

During these uncertain times theatre and creativity continue to make a positive impact.
To support our programme with a donation click here
LOVE FROM CLEETHORPES

Macbeth retold - online here now!
THE SPIRIT trilogy online
View the trilogy is online here
TOURING IN 2021
SPRING
AN ANGEL AT MY TABLE
Stage premiere based on the book by Janet Frame

COMEDIANS FROM LONDON, LA AND MUMBAI TO MAKE LIVE GUEST APPEARANCES
The cast of Lars von Trier's office comedy The Boss Of It All to be joined by a different special guest for each performance including Le Gateau Chocolat, Neil Hamburer and Gemma Whelan Find out more
DANISH OFFICE COMEDY UPDATED FOR THE WORK FROM HOME ERA
Josie Lawrence heads the cast of The Boss Of It All  by Lars von Trier in an adaptation by Jack McNamara to be live-streamed 18  20 September. Find out more
TOURING TO A LETTER BOX NEAR YOU
Our latest venture shows a novel way of reaching isolated rural audiences through a six-part drama written on a series of specially designed postcards. Find out more

STAR CAST FOR PLACEPRINTS PODCAST SERIES
Announcing the release of our epic audio series. Starring Toby Jones, Josie Lawrence,  Michael Pennington Steven Rea,  Juliet Stevenson, among many others, PlacePrints, by the maverick writer David Rudkin, tells the haunted stories of ten locations across the UK Find out more
SUPPORT US AND HELP MAKE A DIFFERENCE
Industry-wide we are facing a devastating impact from Coronavirus. If you have enjoyed our work and value our commitment to engaging with audiences and artists with limited access to live theatre please consider a donation to support our work over this challenging period. DONATE NOW
Tweets by NPtheatre