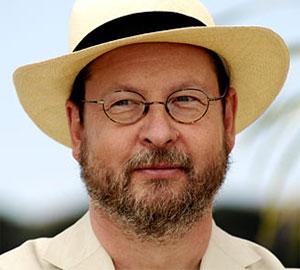 Danish-born Lars von Trier is one of the most famous and talked about filmmakers today. He studied film at the Danish Film School and attracted international attention with his very first feature, The Element of Crime (1984). His subsequent features Epidemic (1987) and Europa (1991) have been equally ambitious both thematically and visually, though his international fame is most likely to be based on The Kingdom (1994), a TV soap opera blending hospital drama, ghost story and Twin Peaks-style surrealism. Previous film credits include: Breaking the Waves, The Idiots, Dancer in the Dark, Dogville, Manderlay, Antichrist, Melancholia
and most recently Nymphomaniac. His film comedy The Boss of It All was well received critically, and was nominated for two Bodil Awards, three Robert Festival Honours and the Golden Seashell at the San SebastiÃ¡n International Film Festival.

During these uncertain times theatre and creativity continue to make a positive impact.
To support our programme with a donation click here
VOICE OF THE FIRE by Alan Moore

An epic new audiobook in 12 parts AVAILABLE TO BUY NOW
THE BOSS OF IT ALL
Available on Soho Theatre On Demand NOW
DARE TO LOOK DOWN!

EPIC AUDIOBOOK BY CULT AUTHOR ALAN MOORE
Sleaford Mods vocalist plays Northants poet John Clare in new audiobook release Find out more
TIM CROUCH DIRECTS HOUSE MOTHER NORMAL
A digital installation marking the 50th anniversary of BS Johnson's novel to premiere at this year's care themed Brighton Festival, curated by Lemn Sissay Find out more
SHORT FILM TO PUT A SPRING IN YOUR STEP
Captioned short film brings vintage story to life for all the family. Download fun activities in our guide to being less miserable here
STAR CAST FOR PLACEPRINTS PODCAST SERIES
Announcing the release of our epic audio series. Starring Toby Jones, Josie Lawrence,  Michael Pennington Steven Rea,  Juliet Stevenson, among many others, PlacePrints, by the maverick writer David Rudkin, tells the haunted stories of ten locations across the UK Find out more
SUPPORT US AND HELP MAKE A DIFFERENCE
Industry-wide we are facing a devastating impact from Coronavirus. If you have enjoyed our work and value our commitment to engaging with audiences and artists with limited access to live theatre please consider a donation to support our work over this challenging period. DONATE NOW
Tweets by NPtheatre