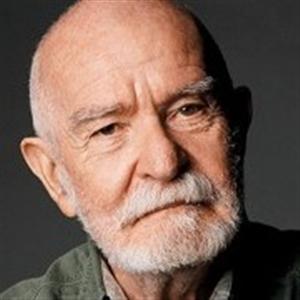 Athol Fugard is arguably one of the greatest living dramatic writers. He has worked as a playwright, novelist, poet, actor, director, and teacher.


Born in Middleburgh, South Africa, Fugard's early work is political in nature and is largely written in opposition to the South African system of apartheid, a system of racial segregation enacted by the country's National Party throughout the second half of the 20th century. In 1959, he began to keep notebooks recording his dreams, ideas, observations, poems and stories, giving others insight into the life and process of a theater artist. Some of these notebooks have been published through the Theater Communications Guild while others have been archived at major libraries.

I can't think of a single one of my plays that does not represent a coincidence between an external and an internal event. Something outside of me, outside even my own life, something I read in a newspaper or witness on the street, something I see or hear, fascinates me. I see it for its dramatic potential. that external event affords me the opportunity to deal with what has been building up inside me. - Athol Fugard, Paris Review 1989

Fugard's later plays have tended to focus on personal rather than political issues. Several of Fugard's plays have premiered here at Long Wharf Theatre.

The following is a timeline of his work:

1963 People are Living There

1963 The Occupation: A Script for the Camera

1972 Statements After an Arrest Under the Immorality Act

1987 A Place with the Pigs: A Personal Parable

1997 The Captain's Tiger: A Memoir for the Stage

2010 The Shadow of the Hummingbird

During these uncertain times theatre and creativity continue to make a positive impact.
To support our programme with a donation click here
PLACE PRINTS
A 10-part audio series by visionary writer David Rudkin
THE SPIRIT trilogy online
as part of BAC Going Digital
View the trilogy is online this week through to 12 July
LOVE FROM CLEETHORPES