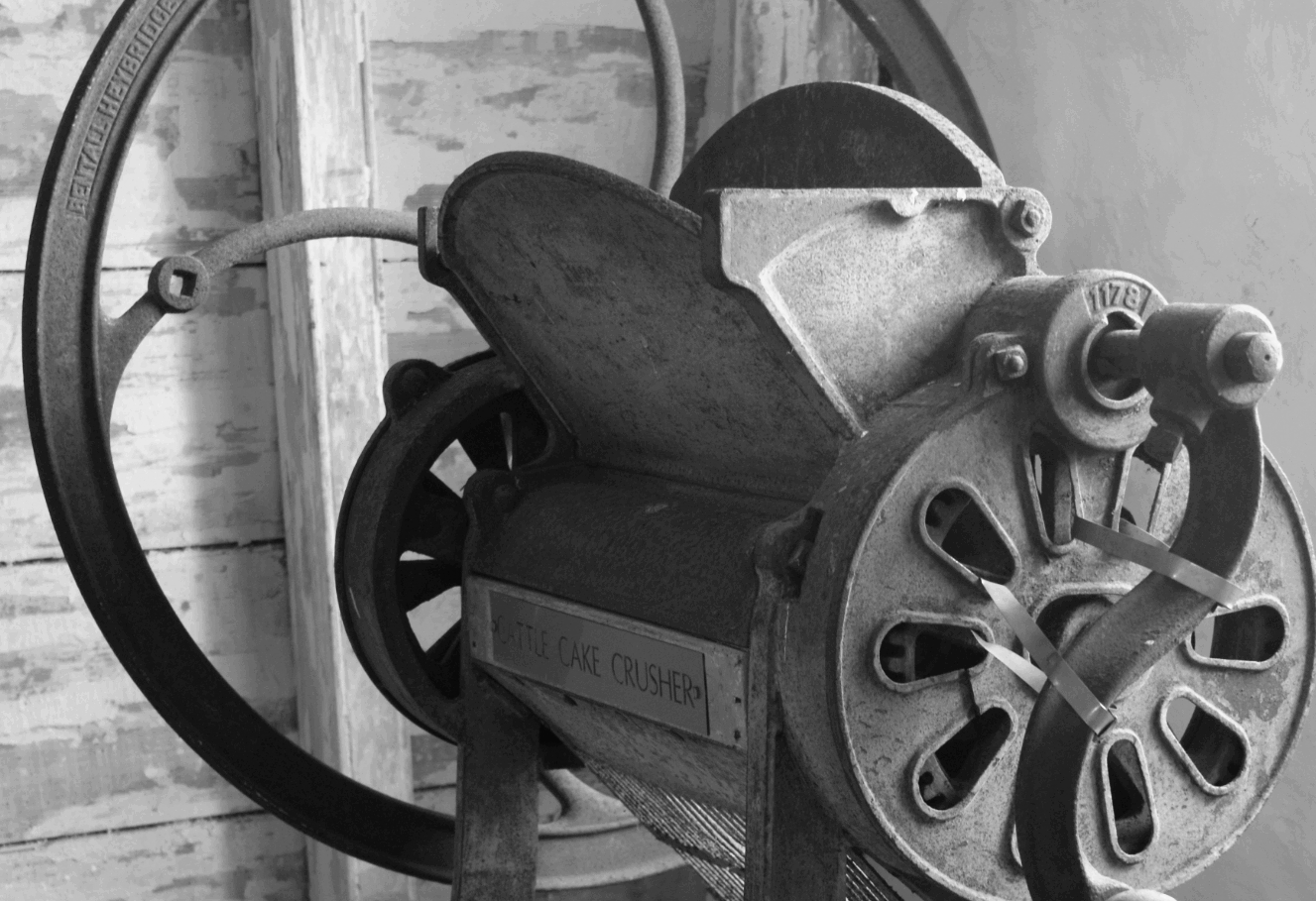 A Cake Crusher, this was a hand-cranked machine was used to break up linseed oilcake. Oilcake was bought in hard large slabs and needed to be broken up for cattle feed.

War Agricultural Executive Committees (War Ags) directed agriculture by determining land usage and types of crops to be grown. During WW2 there was a reduction in stock farming in favour of arable farming. Only beef and dairy stock was maintained, while the numbers of other farm animals declined. In 1940, the Food Policy Committee established controls over wages. Prices for agricultural products were fixed through negotiation with the National Farmers' Union.

Farrowing is the act of giving birth to a litter/farrow of pigs. A Sow will farrow naturally twice a year in most cases. The gestation period of a pig is 3 months, 3 weeks and 3 days or thereabouts.

Asbestos has been found in a lot of machinery, equipment and construction materials on farms. Old and brittle asbestos that crumbles into dust produces dangerous airborne microscopic fibres. When trapped in the lungs, asbestos particles can trigger chronic and fatal lung diseases, including Emphysema.

Tethering and the use of sow stalls is widely regarded as among the most inhumane aspects of industrial livestock production. Tether stalls were used to fix the sow in position by using a tether or belt tied around her neck or girth. Legislation banning the use of the sow stall and tether system was introduced in the UK from the end of 1998 and from 1 January 2006 according to the EU Pigs Directive.

Broken Needle Policies were introduced to avoida serious food safety hazard. If found a record of the date, identification and injection site must be marked. Strict rules ensure the animal is consigned straight to slaughter and not sold to another producer; unless retained as breeding stock and in the case of a private kill the animal can be retained for private consumption, taking care to avoid the broken needle.

National rural tour Autumn 2020
THE WOLF, THE DUCK & THE MOUSE
Mac Barnett and Jon Klassen's hilarious and surreal story for 3 - 7yrs and families
A New Perspectives and Unicorn co-production, available for Christmas 2020/Spring 2021