31 March 2021
A digital installation directed by Tim Crouch on the fiftieth anniversary year of B.S. Johnson's nursing home novel premieres at the Brighton Festival in May 2021.
Adapted from the novel by B.S. Johnson in its fiftieth anniversary year, New Perspectives presents House Mother Normal, a digital installation telling of the lives of eight characters in a nursing home under the watchful eye of House Mother. Directed by Tim Crouch, the production, which can be viewed online or at 6 Dukes Lane, Brighton, merges the individual chapters of B.S. Johnson's novel to give a moment in time from nine different angles, each giving a powerful perspective on what it is to live life and grow old.
Ron, Rosetta, Ivy, Charlie, Gloria, Sarah, Sioned and George. Under the watchful eye of House Mother, eight residents of the strangest care home recall their pasts and narrate their terrifying present: the twitcher, the song, the Christmas Crackers, the Pass the Parcel, and Ralphie's 'long, probing, red tongue'. Nine faces. Nine voices orchestrated into a spoken-word symphony of old age and absurdism. In the early 1970s, BS Johnson was at the forefront of the English literary avant-garde. After his suicide at the age of 40, he gained a cult following, aided by critically acclaimed film Christie Malry's Own Double-Entry and Samuel Johnson Prize winning biography Like a Fiery Elephant by Jonathan Coe.
Director Tim Crouch said, "Some books thrive in different mediums and I think House Mother Normal is one of those. BS Johnson gives us a panoply of brilliantly drawn characters. In the book, we meet them consecutively, one after the other. In this digital version we're in the same space with them all at the same time. That assembly of voices - a chorus of memories and meditations, cruelties and longings - vies for our attention in the present tense. It feels like we're serving Johnson's intention in the world we have created".
New Perspectives Artistic Director Jack McNamara said, "House Mother Normal is a book that has been swimming around in my mind for years, waiting for the right moment, the right place, the right artist. As soon as the pandemic hit its relevance became palpable. A group of people trapped in one situation, staring into a kind of void that each sees differently, hosted by a leader both bizarre and sinister. It felt like exactly the story to tell now and Tim Crouch the perfect artist to tell it. We are thrilled and honoured that Brighton Festival has supported us to bring this experience to people, an experience that we hope goes well beyond the digital"
Production credits:
Directed by Tim Crouch
Film by Shared Space and Light
Sound by Thor McIntyre-Burnie
Song composed by James Atherton
Cast
Vivien Bridson, Pip Donaghy, Marsha Millar, Tyrone Huggins, Cleo Sylvestre, Margaret Jackman, Tim Barlow, Sharon Morgan, Amelda Brown
Member booking now open
Pubic booking opens Weds 7 April at 10am
Brighton Festival 2021
House Mother Normal - digital installation online
5 -31 May 2021, 8pm
Tickets £5 Book here
House Mother Normal - digital installation
6 Dukes Lane, The Lanes, Brighton, East Sussex, BN1 1BG
17 - 31 May 20201 (not Weds19 and 26 May) 2.30pm, 3.45pm, 5pm, 6.45pm, 8pm, 9.15pm
Tickets £5 Book here

HEAR OUR NEW BBC RADIO 3 RECORDING OF THE FISHERMEN 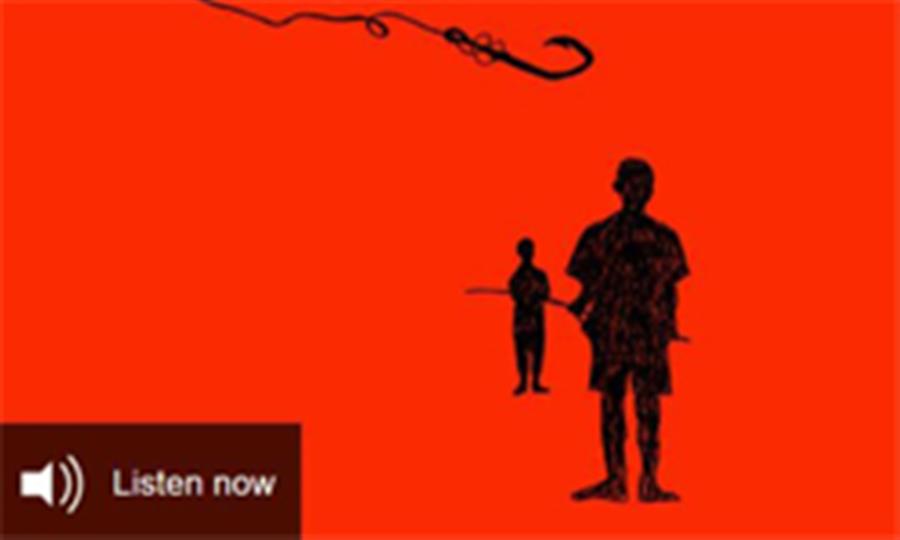 Our award-winning production of The Fishermen is available to hear until 4 May, uniting actors Valentine Olukoga, Michael Ajao and David Alade for an exclusive BBC Radio 3 broadcast Listen here
TIM CROUCH DIRECTS HOUSE MOTHER NORMAL
A digital installation marking the 50th anniversary of BS Johnson's novel to premiere at this year's care themed Brighton Festival, curated by Lemn Sissay Find out more
SHORT FILM TO PUT A SPRING IN YOUR STEP
Captioned short film brings vintage story to life for all the family. Download fun activities in our guide to being less miserable here
NEW OPPORTUNITY: OPEN PITCH 2021
An open call for East Midland's based people with a story to tell who want creative collaboration to tell it Find out more
STAR CAST FOR PLACEPRINTS PODCAST SERIES
Announcing the release of our epic audio series. Starring Toby Jones, Josie Lawrence,  Michael Pennington Steven Rea,  Juliet Stevenson, among many others, PlacePrints, by the maverick writer David Rudkin, tells the haunted stories of ten locations across the UK Find out more
SUPPORT US AND HELP MAKE A DIFFERENCE
Industry-wide we are facing a devastating impact from Coronavirus. If you have enjoyed our work and value our commitment to engaging with audiences and artists with limited access to live theatre please consider a donation to support our work over this challenging period. DONATE NOW
Tweets by NPtheatre