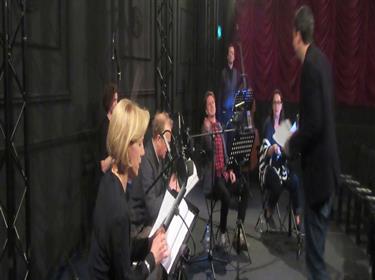 Playwright David Rudkin has written a series of brand new dramatic works inspired by specific locations around the UK. Described as PlacePrints, these remarkable pieces give voice to a presence that haunts a location, a story that wishes to imprint itself on a place. In a collaboration with the writer, we are recording them to mark his 80th year. 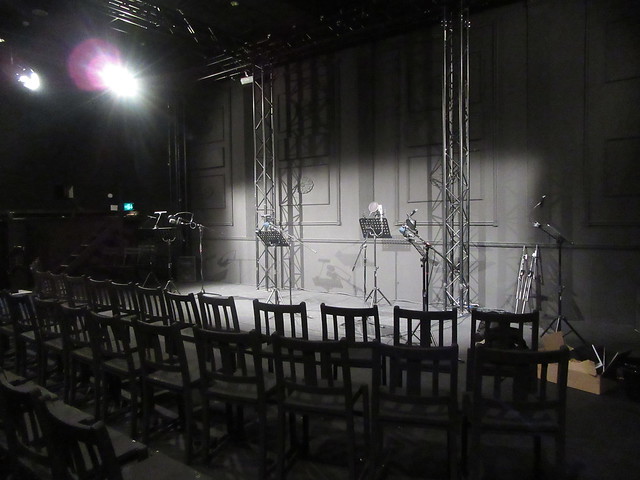 Four of these brand new works River, of Course, To The Waters and the Wild, Off the Motorway and Grim's Ditch were heard for the first time at the Print Room at the Coronet in Notting Hill, London on 20 and 21 April 2016. Our readings followed performances of Geraldine Alexander's production of Jean Genet's Deathwatch, adapted for stage by David Rudkin. The cast assembled for the readings included Toby Jones, Juliet Stevenson and Frances Tomelty, accompanied by live music in the Coronet's studio space.
Wednesday 20 April 2016at 9pm
PlacePrints 1 read by Richard Lynch, Frances Tomelty and Hugh Ross
River, of Course: A Celtic warrior haunts the bridge by Stratford Upon Avon where once he betrayed his own people.
To The Waters and the Wild: A lough in Ireland tells us of the intense and compelling relationship she once had with a young boy who used to visit her waters.
Thursday 21 April 2016 at 9pm
PlacePrints 2 read by Kate Duchene, Toby Jones, Juliet Stevenson and Jack Wilkinson
Off the Motorway: A lonely church on a hill overlooking the M40 in Warwickshire. As we, the visitor/listener, glimpse it from the motorway we are given in an instant of 'deep time' a dreamlike audio-tour, conducted by the church herself, and an increasingly sinister rector-like figure...
Grim's Ditch: A homage to M.R. James, this haunting tale about an arrogant academic and his encounter with a ghost is told to us by the very landscape herself.
Accompanied by musicians Angharad Davies, Matt Davis and Dominic Lash
Running time: approx 1 hour